Almost everyone in Western Civilization has heard of Harry Potter -- or at least have heard of the series of books or movies that tell his story. Reading the books so many years ago got me to thinking of how a "Wizarding School" might look in The World of Greyhawk setting. I am one step closer to this now that I have picked up the wonderful (PDF) book, "Larius Firetongue's School of Sorcery" by Ray Chapel and his company, Quasar Knight Enterprises. (Check out his blog at the last link.)

I cannot give Larius Firetongue's School of Sorcery a full review, only because I have not been able to give it a proper and thorough read. I was able to tell Ray in a chat hosted by Tenkar's Tavern that I had picked up the book and was thrilled by its contents read so far. I have only given it a cursory read, but so far, so good. I hope to tweak it and insert it into my World of Greyhawk campaign after finishing my reading.

What ideas do you have for such a place fitting into The World of Greyhawk campaign setting? I personally keep my Greyhawk material limited to mostly pre-1986 releases, with rare exception (mostly those by James Ward, Rob Kuntz, and Greyhawk's creator, E. Gary Gygax), but there are post-1986 releases I use for anything from insertion as-is to inspiration to something I call "What Not to Do in the Same Way the Dad of the Berenstain Bears Taught Us What Not to Do."

I have thought about an existing college being located in the City of Greyhawk while something like Larius Firetongue's School of Sorcery being a rival school in Dyvers. I have previously thought of using the 2nd Edition Advanced Dungeons & Dragons book, College of Wizardry as the school in Greyhawk City. That's another book on my ever-growing "To-Read List" (it's more of a pile on my bedside table). Perhaps the two books could be used in conjunction to inspire this rivalry.

Maybe they have football games instead of Quidditch? 😉 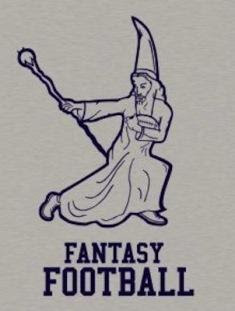